The Muslim Narcissist: An Islamic Guide to Understanding, Surviving and Healing from Narcissistic and Spiritual Abuse (Paperback) 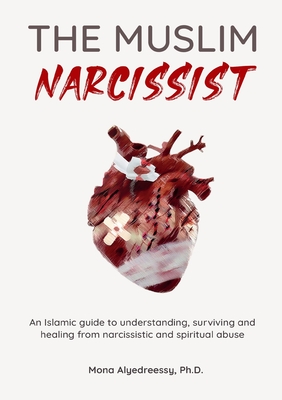 Usually Ships in 1-5 Days
(This book cannot be returned.)

Narcissism is a personality disorder that is essentially a by-product of deeply rooted issues from childhood and an over-inflated ego that pursues evil desires at the expense of one's faith, morals and the feelings of others. For years, psychologists, sociologists and mental health experts have dived deeply into the phenomena of narcissistic behaviour, providing a great scope of knowledge from their extensive studies. Some of these observations come from a Christian perspective, but within the context of Islamic psychology, knowledge about where narcissism comes from is scarce. It is important to understand why narcissism is becoming more prevalent among Muslims, when in fact there are teachings in Islam that guide us on how to identify, avoid, deal with and overcome it.

Patriarchal societies are primarily associated with men who have narcissistic tendencies, however more and more women are displaying similar behaviours in their relationships too. If you are one of the many people who have come into contact with Muslim narcissists, you will know how difficult it is to maintain relationships with them. As a British Muslim sociologist and counsellor, I often see that many men, women and children have been suffering for years as a result of other Muslims distorting the meaning of various teachings from The Qur'an and Hadiths into justifications for their religious and spiritual abuse and oppression. There are many detrimental consequences for this, the major one being the depletion of faith from the hearts of those who associate problematic attitudes and characteristics with Islamic teachings, due to a lack of awareness of narcissism.

In this book, I will share with you what the Islamic faith tells us about narcissism and where it comes from, how people develop this disorder, how to recognize and avoid Muslim narcissists and how to help and deal with them, enabling you to move on from a toxic situation. I will give you fascinating insights as to why you attract them and how to break the cycle of being a victim, so you can attract healthy people and relationships into your lives. This book will also serve as an eye-opener for those who possess strong narcissistic traits for them to see the negative long-term impact their behaviour has not just on the lives of others and the community, but on their own lives if left unaddressed. I truly believe when people face their demons and heal from their traumas, our Muslim homes and communities will be healed and saved too.

"Indeed, Allah will not change the condition of a people until they change what is in themselves."